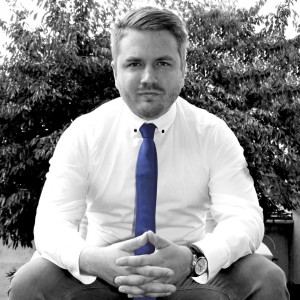 Back in the 1980s, Nintendo Entertainment System was on the uphill climb to success and recognized the need to have people readily available to help players get through difficult points in their video titles. The people they employed were known as “Nintendo Game Play Counselors” and, if you think about it, was every gamer’s dream job.

Unfortunately, the advent of the internet was right around the corner, which meant information was readily available at everyone’s fingertips as soon as they started installing dial-up in their home. Once the internet was more accessible in almost everyone’s household by 2005, Nintendo Game Play Counselor’s position was disbanded.

However, it was nice knowing we had people we could rely on in a pinch. Imagine playing the old Nintendo system and getting stuck on trying to beat Mario’s bosses. I ran into this issue with the NES and even with the Bowser fight on the Super Nintendo. Do you know how hard it was without the internet? Nintendo game play wasn’t challenging for a lot of children, but for me, it would have been helpful knowing there was someone I could talk to when I needed help.

As technology started advancing and Nintendo had the capability to put out more challenging games, there was the need for these professional Nintendo Game Play Counselors. Imagine playing thousands of hours worth of games all day so you could answer simple questions about bosses, hidden items, and other issues gamers were having at the time with their Nintendo game play.

Unfortunately, when Nintendo Game Play Counselors were phased out, we were forced to purchase strategy guides or strain our eyes even further on poorly developed websites with black backgrounds and green texts to read walkthroughs. Having that personal touch of hearing another person’s voice, was an experience we were deprived of for so many years. Sure there was YouTube and “Let’s Play” videos, but it never felt personal. No one wants to sit through ten minutes of someone talking about their day as they’re playing when all they want to do is figure out how to get past the part they’re stuck on.

Fortunately, the concept of Nintendo Game Play Counselors is still alive. No, you don’t have to pick up a landline phone to call into someone sitting at a call center ready to help. No, this concept lives on through easily accessible and responsive artificial intelligence known as Fridai, the gamer’s assistant.

How Can Fridai Help Me?

Imagine Fridai as a Nintendo Game Play Counselor, but without having to stop what you’re doing just so you can pick up your phone. Having to stop and minimize a game takes away from the immersion, and it’s just not fun having to sift through every website’s ads just to look for one piece of information.

For example, in Red Dead Redemption 2, there is a lot of information for the game’s content that isn’t readily available in the game. When I encounter a bear, I know it takes the fun away from the game when I have to pause it just to look down at my phone and look up what weapons I need to use to kill it. All I have to say is, “Hey Fridai!” and a comforting “bling” sound assures me that he is live and ready.. “How do I kill a grizzly bear?” I ask it as I don’t have to take my hands off of my keyboard or controller. Fridai then tells me the type of weapon I need to switch to and the ammo I should use for an effective kill.

Now imagine trying to do this with a Nintendo Game Play Counselor. You would have still needed to put your controller down, go to your landline phone, and call their hotline. Imagine Fridai as a similar concept except with more effectiveness and the cool-factor of getting a response as soon as you say something.

You don’t have to switch windows, fumble with your mouse cursor, or accidentally close a game. Fridai is right there, listening to your every need. If you need to step away from your PC for a moment, just say, “Friday, set my Steam status to busy,” and Fridai will set you up. You can also ask Fridai to play your favorite Spotify tunes for you, so you don’t have to stop to do it yourself.

Are You Ready To Give Fridai A Try?