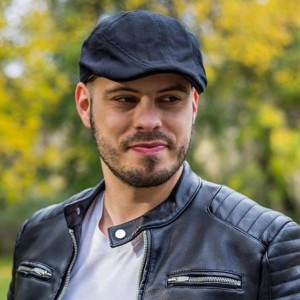 If you’re like me, you’re going to start over in another Minecraft seed to explore a completely new world in survival mode even though you haven’t finished exploring the massive worlds that each Minecraft world has to offer due to its procedural generation. No matter how many times I’ve started a new Minecraft world, I still forget some of the most basic recipes and the in-game Minecraft recipe book wasn’t really helpful because it only shows recipes once you’ve obtained one of the items. It makes it hard for people like me who sometimes forget what I need to gather to create a specific item.

That’s when I turned to a voice assistant for gamers that gave me the recipes I needed, called Fridai. Fridai helped me immerse into the game without having to alt-tab out. It’s great because I like playing on full-screen anyway, and of course, you’ll never know what goes wrong after you try to get back to full screen.

Starting a game means I had to make a crafting table. That’s easy enough because, in the Java version, you just need to start punching one of the nearby trees to gather wood. It’s one of the easiest Minecraft recipes because you simply place the wood into your hand-crafted 2×2 item space and create wood planks. You take four of the wood planks and fill the 2×2 space to create a crafting table. After that, it’s a matter of crafting basic items. If you’re lucky enough to be in an exposed biome with cobblestone, then you don’t have to craft anything but a basic wooden pickaxe once you set your crafting table down.

Fortunately, I didn’t have to look on an ad-filled wiki website to find some basic recipes. I simply asked Fridai, “Hey Fridai, how to craft a stone hoe?” so I could start my wheat farm. I could never remember where exactly to put the cobblestone because it’s not a tool I make a lot. Fridai was able to tell me that it’s the same basic idea as a mining pickaxe but without the third cobblestone in the third slot of the first row. Pretty neat.

I normally make myself a shovel and start digging around because cobblestone isn’t very far from the ground, depending on the biome you’re in. However, unless you already have some sticks available, it’s hard to remember how exactly you make a shovel right away.

What about people who have no idea what to do? They just keep collecting wood planks not knowing they need to make sticks in order to make the handle. I can see how they can get confused when they start Minecraft for the first time. Sure, they can minimize their screens or try looking down at their phones on “how to craft in Minecraft” topics or “top 10 Minecraft recipes” but it can really be immersion-breaking.

The other thing is, I’m a visual learner. Sometimes just telling me something goes in one ear and out the other. Thankfully, that’s when Fridai came to my rescue again by not just telling me the shovel recipe but showing me the correct crafting grid as well. It just makes it more understandable for everyone.

What Other Recipes Are Hard To Remember?

Alright, so far we had fun with Fridai, but can he do more recipes?

Some of the hardest ones to remember are, not surprisingly, some of the most searched recipes in Minecraft. However, it’s not really fun needing to open a wiki page full of advertisements just to find out that the recipes are relatively simple. For example, it is easy to think you need to fill a 3×3 crafting table with cobblestone in order to make a furnace. I remembered that something is fishy there, so I just asked Fridai, and voila:

In order to make a furnace in Minecraft, you would need to use the crafting table to place cobblestone along the outside of the 3×3 crafting grid and leave the middle box of the second row empty. Thanks Fridai 🙂

Other recipes can get a little more advanced and won’t unlock until you get certain items in your inventory. One of the items you won’t know about for some time is concrete. Concrete is a new block to Minecraft but it’s a little complicated because you can color the concrete powder to create the concrete powder. You need four gravel, four blocks of sand, and a dye of your choice. It’s a good solid colored block choice for those who are afraid of having their wool burned down in an accident.

I remembered I was testing Fridai at this point so I decided to just talk to him. He is a virtual gaming assistant after all. Of course, once again, Fridai did not fail me. I was even confident enough to open Minecraft in a non-windowed fullscreen. That takes some confidence.

A sticky piston is another useful block that is so easy to make. Unfortunately, it’s also difficult to remember the two items you need to make a sticky piston when you want to make a platform or trap door. The in-game Minecraft recipe book isn’t very helpful because it’s not going to tell you how to make it until you have at least one of the items. You just need one slime ball in the middle box of the second row and a piston in the middle box of the third row.

What if there was a way for the crafting recipe you’re looking for to be magically accessible to you? I just asked Fridai about the sticky piston recipe. Keep in mind, this was my first time testing Fridai in a single session so I was trying to trip it up to see if he wouldn’t know the sticky piston recipe but Fridai came through for me again.

Who Is This Fridai You Keep Mentioning And How Do We Get Him?

Fridai is the voice assistant who can – amongst many cool things – give you Minecraft recipes in-game. The perfect voice assistant you need as a gamer so you can keep your attention in the game, but how do you get it?

Fridai was definitely there for me when I needed it the most. Instead of taking my attention away from Minecraft, I was able to just talk to Fridai, and get the recipes instantly. I didn’t need to alt-tab out of Minecraft and go to an ad-filled website to read a bunch of nonsense to find the recipe. I can just talk to Fridai. Currently, Fridai knows over 300 recipes in Minecraft and its knowledge continues to grow. Why not give Fridai a try so you can just focus on your game?

Oh, and one more thing: Fridai can also hook you up with some tunes with Spotify so you can catch the perfect tracks during your game time.