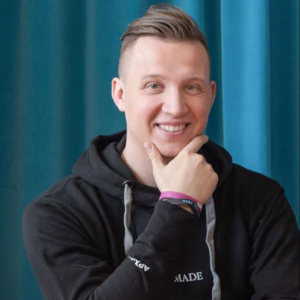 Anyone who broadcasts live video will tell you that streaming ain’t easy. Aside from finding creative ways to capture and hold your audience’s attention, you also have to fiddle with a whole bunch of tedious technical stuff. It’s a lot of work to learn how to stream on Twitch successfully! Thanks to the explosive growth of the industry, though, there’s now a ton of virtual gadgets to help you grow your channel effectively. Apps, extensions, widgets, platforms; call ‘em what you want, these tools were designed with the serious streamer in mind.

Just a disclaimer: this week’s post isn’t going to be your run-of-the-mill list of must-haves. Instead, I wanted to highlight some lesser-known Twitch tools that provide innovative solutions for all aspects of managing and marketing your channel. And not to sound clickbait-y, but you definitely haven’t heard of number one (yet).

GeForce Experience is a suite of streaming tools that serves as a companion app for PC gamers with Nvidia graphics cards. It takes the concept of Nvidia’s classic control panel a few steps further. For one, the GeForce Experience interface is much easier to use, and it has an array of timesaving features. Like Shadowplay, which can be set to run in the background and record 4K gameplay without screwing up your PC’s performance. There are social media integrations as well, so all it takes is a few clicks to share clips and highlights across your channels — you can even turn 15-second clips into gifs! It’s a fast and easy way to share high-quality videos and improve your social media presence.

#4 – Make Tweeting a Breeze with Kapsuli

Speaking of social media, we all know how useful Twitter is for marketing. A carefully chosen hashtag or a perfectly timed tweet can instantly boost your viewer count – but that comes at a cost: your time. Kapsuli, like many other social media management apps, aims to solve this problem. But unlike other apps, Kapsuli is a tool made just for streamers. Not only does it allow you to schedule tweets to go out before, during, and after your stream, it also lets you save tweet sessions for reuse. You can even group the sessions into themes if you want, so, for example, if you stream a certain game every Tuesday, you can quickly queue up your pre-written Tuesday tweets before you go live. Best of all is the option to embed a customizable livestream player in your tweets to automatically drive traffic from Twitter – while you get to focus on the fun stuff.

There are a bunch of ways that Twitch viewers can donate to streamers. Unfortunately, all of them cost money, and, uh, not everybody has money. Twitch tried to fill this gap with its Bits for Ads feature, but it wasn’t long before they ran into a plethora of problems ranging from bit farming to reports of the feature just straight up not working. Enter Rechaaarge, a way for streamers to get donations at no cost to the viewer. It works like this: streamers can sign up to get a personalized link to share on their streaming and social channels. When a viewer clicks the link, they’ll get an invite to test a free app or game in exchange for a few donation dollars. Streamers can choose to keep the money for themselves or donate a portion to a partnered charity. Rechaaarge is fully compatible with other Twitch tools and comes with a variety of widgets and badges, so streamers can keep track of their top donors and reward them for their generosity.

#2 – Create a Voice-Activated Sidekick with Fridai

We couldn’t resist the urge to include ourselves on this list! Inspired by the concept of a sidekick, we created Fridai, an AI-powered virtual gaming assistant that responds to your voice. Fridai lives in your PC or smartphone and is capable of learning different voice command skills when integrated with other Twitch tools. As of right now, Fridai is able to learn your gaming style, record short videos, make social media posts, and connect you with sponsorship opportunities – but we have even bigger plans for the future! Eventually, you’ll be able to customize his skins, skills, and speech modules using the Fridai marketplace, so you can turn Fridai into the personal sidekick you’ve always wanted.

#1 – Engage Your Supporters (and Find New Ones) with StreamCrux

Finally, I bring you our favorite Twitch tool on the list: StreamCrux! Essentially, StreamCrux is a streamer discovery platform that helps viewers find new streamers to watch and support using multiple leaderboards, filterable attribute tags, and streamer profile pages. Streamers can use the platform to get exposure to new viewers and encourage their fans to vote for them. In other words, it’s a community unlike any we’ve seen before. We wanted to dive in and learn more about what’s in store for StreamCrux, so we had a chat with the founder, Jakob Knutzen.

What is your vision for StreamCrux?

The site features multiple leaderboards and attribute tags, and users can upvote streamers they like and set attributes that they think best define a streamer’s personality. You can filter the leaderboards by personality attributes, viewership, streaming frequency, and more to find streamers that perfectly match your preferences. So, let’s say you’re looking for an emerging Dark Souls streamer who is informative, chat-responsive, and sarcastic. You wouldn’t really have any way of finding them on Twitch aside from manually watching each stream until you found a match (a real pain in the ass). With StreamCrux, you’d simply input those parameters to pull up the leaderboard for streamers who fit that criteria. From there, you can explore a streamer’s individual profile page to find out more information about them and see their embedded stream. In the future, streamers will be able to use their profile page as a central hub for all relevant information that their users might desire. In this way, users can find and support their favorite streamers, and streamers can get exposure to intentional viewers – and not just the ones who are only passing through.

Why did you build StreamCrux? What inspired you?

We’re a small group of gamers and Twitch users ourselves, and we were getting pretty fed up with how hard it was to find smaller, interesting streamers. So, we decided to create a community built on discovery. We wanted to make a platform that didn’t just cater to the top 1000 streamers – but one where streamers with the best content (and not with the best marketing plan), would be found by interested viewers. On the flipside, we also wanted to support smaller streamers by putting them in the spotlight, since we know a lot of viewers enjoy communities that are tight-knit and highly engaged.

What features/integrations do you see in the future?

We get a ton of feedback from our community, and we use that feedback to prioritize the features that streamers and viewers want to see most on the platform. Right now, our first order of business is to make the streamer profiles claimable and even more interactive so streamers can use them as a central hub. We’re also working on a handful of smaller (but equally important) updates, like bug fixes and better functionality. You can check out our Devlog to stay up to date – we’ll be posting a new one soon!

And the most important question of all: what’s your favorite video game of all time?

Horribly difficult question! The competitive gamer in me would say Starcraft: Brood War, whereas the RPG fan would go for Baldurs Gate II.

Twitch Tools Are Getting Cooler by the Minute

It’s not hard to find the most popular go-to Twitch tools for streamers; a simple Google search will return PUH-lenty of posts for your perusal. And that’s fine! It’s super important to know what’s available to you if you’re just starting to learn how to stream on Twitch. Being a startup ourselves, though, we wanted to show support for some of the smaller companies that may have flown under your radar. We chose the tools on this list not just because they’re useful, but also because they show that developers are thinking creatively about the future of streaming technology – and they deserve a lot more hype for that. What can we say? We’ve got a thing for the underdog.